A quote from Dr Christian Bryant at SPECIFIC

Results from this project have major implications for the ground source heat extraction industry throughout the UK and beyond. Moreover it shows that improvements can be easily made to the co-efficient of performance measure.

SPECIFIC is a UK National Innovation Centre led by Swansea University; its aim is to transform Buildings into Power Stations that will Generate, Store & Release Energy at point of use. SPECIFIC’s partners are Tata Steel Europe, BASF, NSG Pilkington and Cardiff University and is funded by European Regional Development Fund through the Welsh Government in addition to Innovate UK and EPSRC.

SPECIFIC’s Solar Heat Energy Demonstrator (SHED) is a 35,000 sq ft industrial unit its southwest elevation over-clad with a specially developed steel Transpired Solar Collector. The plant architecture comprised of a solar collector, solar heated cavity; thermally lagged ductwork; a heat exchanger and a ‘sensible’ heat store.  Hydromx® was installed on the primary side of the heat exchanger to replace a water & gycol mix. In summary for a period of  operation (January – March 2016); significant improvements were noted in heat transfer and heat exchange efficiency This is a significant benefit which is backed up by the operational potential of the system at low exterior temperatures The solar store now operates at much lower outside air temperatures greatly extending its potential viability and thus the amount of heat energy collected. 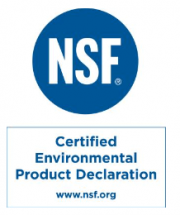